The Group operates in Australia directly through Aalborg Portland Australia (APA), a subsidiary of Aalborg Portland Malaysia, which operates four terminals for the distribution of both clinker and Aalborg White® cement on the domestic market. In addition to direct sales, the Group serves the Australian market in collaboration with Adelaide Brighton, a company listed on the Sydney Stock Exchange, with which it has long-term clinker supply agreements.
Cementir Holding is a leader in the Australian white cement market and in particular in the regions of New South Wales (Sydney), Victoria (Melbourne) and Queensland (Brisbane). In fact, 95% of the Australian market is located around the five major cities of the country: Sydney, Brisbane, Melbourne, Adelaide and Perth. Peculiarity of the country is the scarcity of high whiteness limestone, so much so that most of the market is defined as "off-white", that is a cement that is not really white but tending to yellow due to the presence of impurities. 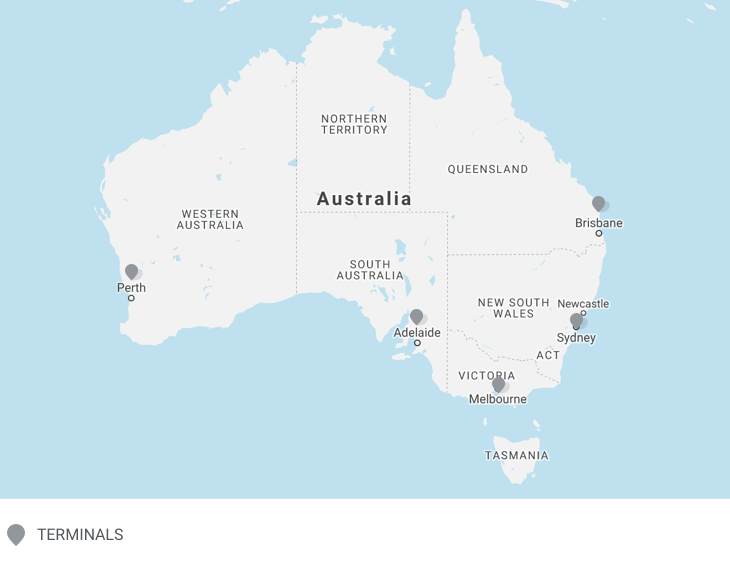