The Group has been operating in France since 2017 through its subsidiary CCB France which manages five concrete plants located in the northern part of the country, close to the Belgium border. Cement and aggregates are imported into France from the Gaurain plant in Belgium. The Rochefort terminal, managed by Aalborg Portland France and inaugurated in September 2017, distributes Aalborg White® cement throughout the French market. 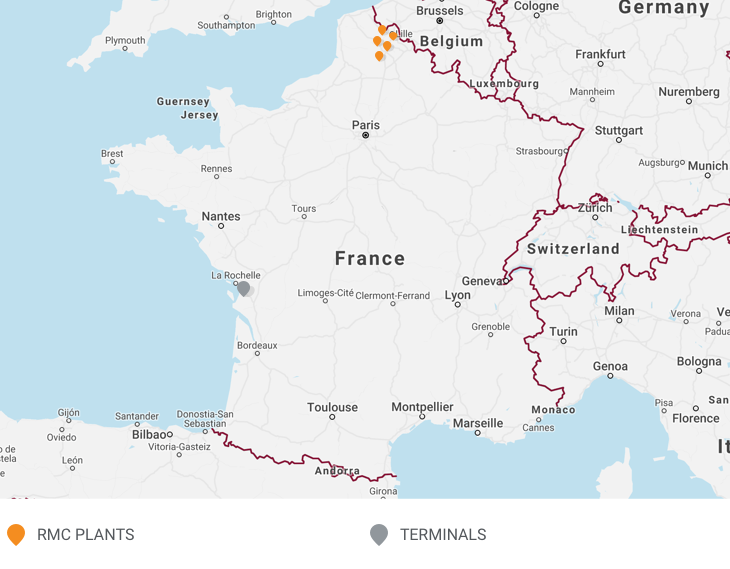