Lehigh White Cement Co. LLC a 63.25% owned subsidiary, is the leader in the production and distribution of white cement in the United States. Lehigh White operates two production plants: Waco, TX and York, PA with annual production capacities of 0.125 million tons and 0.14 million tons, respectively. The company operates three import terminals and a network of over 40 warehouses and distribution centers across the United States.

One of the three terminals is that of Tampa, with a capacity of 45,000 tons, owned by the Group. The terminal is located in the port of Tampa and has freight loading equipment and a rail link, which optimizes white cement distribution throughout Florida and the southwestern part of the United States.

Vianini Pipe Inc. has been part of the Cementir Group since 2005. Located in Whitehouse (New Jersey), the company produces two categories of concrete products: CPR or reinforced concrete products, both circular and elliptical and cylindrical pipes in prestressed concrete, including Jack Pipes and Box Culverts.

The products are primarily intended for the northeastern part of the United States, including the municipality of New York, and are also marketed in Florida and Puerto Rico. 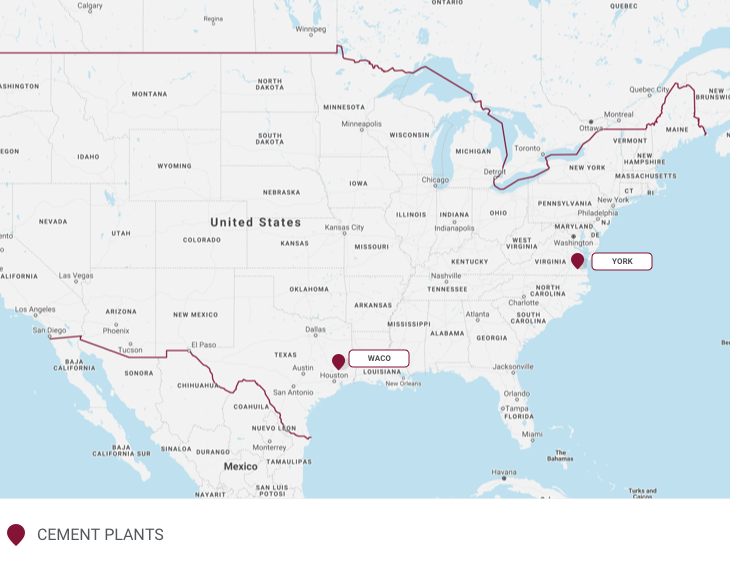