Cementir Holding has been present in China since 2004 with Aalborg Portland (Anqing), which produces and distributes white cement in the country.

The plant has an annual capacity of 720,000 tons of white cement and is located in Anqing, about 600 km west of Shanghai along the Yangtze River, with easy access to highway, sea and rail transport.
The Company operates its own quarry with abundant and high quality reserves and has one of the most technologically advanced production equipment. The plant has been granted received ISO 9001 quality certification.

The company, being the leading player in the Chinese market, has several sales offices including Shanghai, Guangzhou, Beijing and Chengdu. 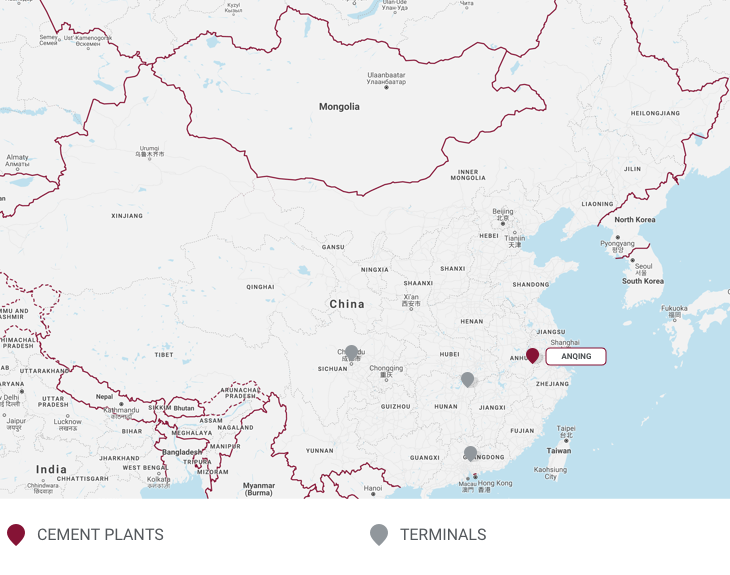